Martyn Lawrence Bullard is a multi-award winning Los Angeles-based interior designer renowned for his broad range of styles and eclectic, yet sophisticated and inviting interiors. Martyn has been consistently named as one of the world’s top 100 interior designers by Architectural Digest, featured permanently in Elle Decor’s A-List, and named one of the top 25 designers by The Hollywood Reporter. A popular television personality, Martyn starred in the hit Bravo series, Million Dollar Decorators, and hosted Channel 4’s Hollywood Me in the UK, along with a multitude of design television programs spanning over 65 countries.

Martyn’s impressive mastery of a broad range of styles, paired with his unrivaled attention to detail and commitment to quality has earned him significant international acclaim. His work has appeared in over 4,000 publications worldwide including Architectural Digest, ELLE Decor, House & Garden, W, Vogue, House Beautiful, Harper’s Bazaar, Departures, the New York Times, Wall Street Journal, and the Los Angeles Times, among others. The cover of Architectural Digest featuring the homes of Khloe and Kourtney Kardashian designed by Martyn was one of the publication’s best-selling issues of all time. Rizzoli has published two monographs of Martyn’s work, Live, Love, & Decorate, and most recently, Design & Decoration, which gives us a glimpse into his glamorous world of interiors, in exquisite detail.

Martyn’s A-list clientele include Kylie Jenner, Khloe Kardashian, Kourtney Kardashian, Tommy Hilfiger, Cher, Ellen Pompeo, and Eva Mendes, to name a few. Beyond his exquisite residential portfolio, Martyn has also overseen the design of several premier hospitality properties around the world including newly opened Prospect in Hollywood, the iconic Colony Palms Hotel in Palm Springs, The Sands in Indian Wells, Hotel Californian in Santa Barbara, Chateau Gütsch in Lucerne, Switzerland, Chef Rick Bayless’s flagship Red O restaurant, and The Residences at Seafire in the Cayman Islands; he is currently overseeing hotel designs in Istanbul and Miami Beach, along with the Four Seasons Residences in Los Angeles.

In addition to his design studio, Martyn has created an eponymous collection of indoor and outdoor fabrics, wallpaper, furniture, and home accessories available through his firm. He also has designed several collections for the venerable fabric house Schumacher, tile lines for Ann Sacks, rugs with The Rug Company, a collection of dinnerware with porcelain maker Haviland Limoges, as well as collaborations with silver maker Christofle and crystal manufacturer Daum.

In the spring of 2017 Martyn opened his own atelier shop on Melrose Avenue in West Hollywood, and his most recent brand collaborations include his outdoor furniture collection with Harbour, his wallpaper line with Cole & Son, his lighting collections with Corbett Lighting, the launch of indoor and outdoor performance fabrics with textile giant Perennials, and a collection of home décor, home furnishings, and art with the leading home luxury multichannel retailer, Frontgate. The three exclusive collections that Martyn has created with Frontgate are part of an ongoing, multi-year partnership with the retailer.

When not traveling the globe designing exquisite interiors and searching for one-of-a-kind antiques and decor, Martyn splits his time between his romantic Hollywood Hills retreat and a mid-century masterpiece in the Southern California desert.

MLB in the Press 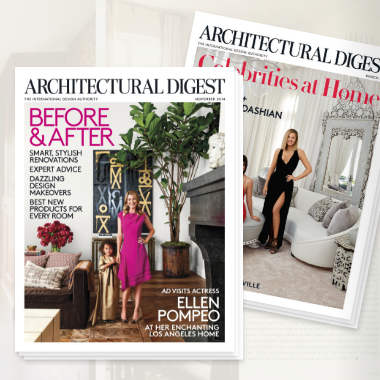 Absolutely swooning over these table scapes and fl

A peak at the Sahara Stripe from my @theshadestore